Daniel Knowler is the founder of the Actual Size record label and a member of various groups outside of music’s mainstream, including The Infinite Three, Leisur Hive, Cindytalk and Slunq. Some New Songs includes acoustic demos of three new, unreleased songs and a cover of Bruce Springsteen’s “State Trooper.”

Here, as requested by some of you, are demonstrations of some new songs. Recorded quickly with a slightly out of tune acoustic guitar with a few minimal overdubs just to get the idea out of my head. As such, expect these recordings to sound a little unkempt.

These songs are currently being re-recorded, fleshed out, lavishly orchestrated and sculpted by myself and Sam Mclaughlin with contributions from Robin Jax (RobinPlaysChords), Orlando Harrison (Alabama 3, Ammal Gammal Ensemble), Ben Mclees (This Is Radio Silence) and some more, yet-to-be-confirmed guests.

The electronic Springsteen cover is entirely unrelated and included here for absolutely no reason whatsoever. 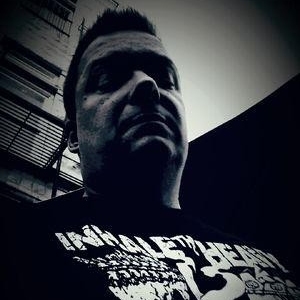 I write about music, vinyl, coffee, horror movies and other stuff. I also create websites.

More about me, and what I’m up to now.

Copyright ©2020 Ken Kopija. All opinions are my own. | Proudly powered by WordPress